As is known to us, lighting quality and level is an important symbol of social progress and degree of modernization. According to the international energy agency, lighting electricity accounts for 19% of global electricity.At present, the lighting electricity accounted for 14% of the total electricity consumption, adopt efficient lighting products to replace traditional lighting products can be energy-saving 60% to 80%, lighting energy saving potential is tremendous, green lighting has a long way.Lighting throughout human history, human use of lighting in the order: fire, tungsten, gas discharge lamps, the LED lighting lamps and lanterns so far.

In ancient times, the world has no lamps or fire.The night is never friends of human beings, it become an obstacle to the ancestors’ originally lower survival activities, also creates a chink in the wall for the raging beast. Since then, they drill wood to make fire. And fire began the first revolution in the field of lighting.

In 1879, Edison invented the tungsten filament bulbs, opened up a second revolution in the field of lighting, from incandescent light to humanity for over 130 years, human into electricity lighting era;From an environmental point of view, tungsten is not energy-saving products, its efficiency is low, only 5% of the electricity used to light, and the remaining 95% is used for heating.

The third revolution is in the field of lighting the gas discharge lamp, fluorescent lamp, high pressure mercury lamp, sodium lamp and the metal halide lamp.The metal elements (such as mercury) will pollute the environment, recycling becomes a big problem.Today, energy conservation is an important topic of the future in the face of humanity, the human need to energy-saving, environmental protection and efficient lighting.

In the western han dynasty years, Kuang heng wanna to study hard, but poor, he can’t afford to buy a candle.Kuang heng dug a hole in the neighbor wall, by the light of his neighbor’s, quietly reading, later became a famous litterateur.The allusion of “Authentic wall steal light” tell us that the lighting is very important to human life.

Both in the past and the future, lighting is essential. Along with the development of the economy, the functions demand for lighting gradually increased.Not only content to light up the night, but also make people comfortable, healthy, energy conservation and environmental protection.While the candle or incandescent lamp is unable to meet these requirements. However, LED lightings appear, it is dimmable, comfortable, healthy and saving energy. LED lightings will be the default choice of lightings in the new century.

The use of a classroom response system began as part of a pilot program in fall 2008, and when it became evident that students were becoming more engaged in class as a cheap essay writing service result, cbs decided to make the program permanent. 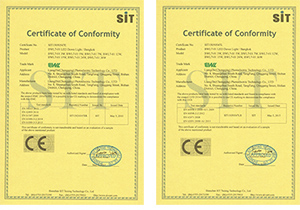